Being Bindy review by SAs 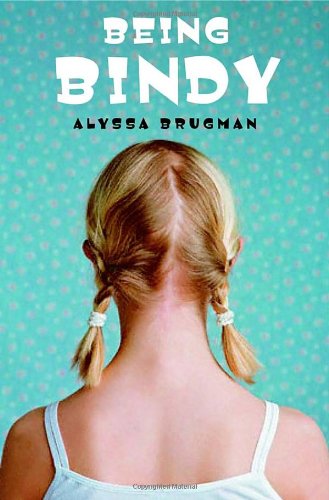 Belinda Grubb, called Bindy, doesn't want to face changes; she wants her life to stay as it is with her best frienf Jane Madden, her dad, and brother Kyle. 8th grade starts out to be the ultimate test for Bindy; should she accept Janey's new popular friends and conform to their "cool" habits or stay behind while everything changes around her? Every aspect of her adolescent life changes quickly: her mom seems to care more for her boyfriend than parenting; school becomes unbearable when Janey and Hannah, a rich girl who thinks abbreviations are SVC (so very chic), taunt her for being a baby; and her father and Janey's mother start going out. The stress grows until Being Bindy reaches a climax with Janey passing around Bindy's underwear during a school assembly by Bindy and her brother Kyle. Can the girls get over their differences and remain best friends? Only time will tell when one is in eighth grade.

Alyssa Brugman's Being Bindy is unique among novels highlighting early adolescent issues because of the author's Australian influence and references throughout the novel. This shows how teens around the world are so similar yet have different educational systems. The book is a quick read and enjoyable because of the author's simple style and approach. I doubt Being Bindy will be a best seller, however, because of its similarity to other books aimed at young adolescents such as the Alice books by Phyllis Naylor and because it doesn't seem as captivating as The Princess Diaries for instance. I really liked the Australian references; it was something new and a great exposure to other world societies.


Read more reviews by this Litpick Book Reviewer: SAs
Recommend this book and review to your friends on Facebook