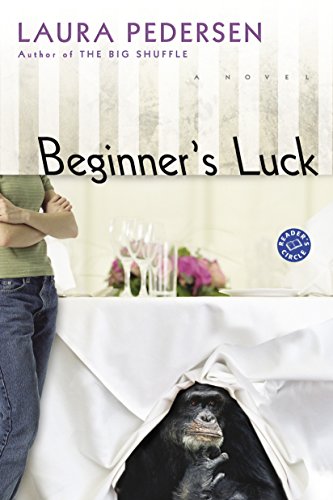 Hallie is a 16 year-old girl who despises the school that she goes to so much that she doesn't bother to show up to 90% of the classes. Most of the time you can find her down at the horse track betting on the ponies, aka earning money to buy a car. Since she lives in a house barely big enough to house the nine that it consists of now, not to mention the new baby on the way, she plans to head to Las Vegas. She is the second oldest and is overlooked up until now,when the attendence officer "Just Call Me Dick" begins to notice that she doesn't come to homeroom, or most of her other classes for that matter. He alerts the ultimate authorities; her parents. They simply retract their offer to help pay for the car and ground her until her grades pull up. Hallie thinks, "Well that's too bad because I'm gone, I'll gamble until I have the money to go to Vegas then, so long Ohio!" Hallie is a gifted card player that goes along with her innate sense of numbers. She doesn't have a gambling problem just does it for the money. An unfortunate loss at the track forces her to take a job as a lawn person in the eccentric household of the Stocktons. This quirky family includes Olivia, the head matron, The Judge her husband, Bernard their son, Gil Bernard's lover, and the ever persistent Rocky the chimp, who is between jobs. Not only are they paying her 12 dollars an hour they soon welcome her into their home with her own room. Her parents want her back but no such luck, she becomes a permanent fixture in the lives of the Stocktons. She is now learning things that she would not otherwise learn, like how to prepare exqusite dishes, little known facts about authors and figure heads. The sarcastic humor, intermixed with exquisite vocabulary, envelope her in Ms. Olivia's rabble rousing and protesting for a greater cause. Olivia soon becomes her tutor that way she will graduate and be able to go to college. Her boyfriend, Craig, even gets along with the Stocktons. This leads to a pinch or romance among all the gambling and clearing of her name. A household that will not be forgotten easily.

Slowly but surely, a quickwitted sarcastic humor takes you into this quirky world of Hallie Palmer. This hold is not relinquished throughout the entire novel. I laughed so hard I cried multiple times. The reader is faced with a gay couple that Hallie coexists with and not all romantic scenes are backstage. For those with improving vocabulary, I suggest a pocket dictionary nearby, just in case. Morals and prejudiced thoughts are faced and delt with making you think about your own beliefs.This book is for those willing to be open-minded to other's thoughts and ideas even though you may have originally rejected them as not part of your beliefs. Not everything is black and white as it might appear, and there are two sides to each argument. It helps to see both.

About Laura Pedersen
Laura Pedersen was born in Buffalo, New York (one of "God's frozen people") in 1965, at the height of The Folk Music Scare. (For details of misspent youth see essay at 'Is there a Nurse in the Church?'). After finishing high school in 1983 she moved to Manhattan and began working on The American Stock Exchange, a time when showing up combined with basic computation skills could be parlayed into a career. She chronicled these years in her first book, Play Money.

Having vowed to become anything but a journalist and with no conception of what a semicolon does, Laura spent the better part of the 1990s writing for The New York Times.

In 1994 President Clinton honored her as one of Ten Outstanding Young Americans. She has appeared on TV shows including Oprah, Good Morning America, Primetime Live, and David Letterman.

In 2001, her first novel, Going Away Party, won the Three Oaks Prize for Fiction and was published by Storyline Press. Beginner's Luck was published by Ballantine Books in 2003 and subsequently chosen for the Barnes & Noble "Discover Great New Writers" program, Borders "Original Voices," and as a featured alternate for The Literary Guild.

Pedersen's other novels include Last Call and Heart's Desire (the sequel to Beginner's Luck). The third book in the Beginner's Luck/Hallie Palmer series is The Big Shuffle.

Laura lives in New York City, teaches reading and trades Yu-Gi-Oh! cards at the Booker T. Washington Learning Center in East Harlem, and is a member of the national literary association P.E.N. (poets, essayists and novelists).


Read more reviews by Litpick Book Reviewer: KA
Recommend this book and review to your friends on Facebook