Anything But Ordinary review by AZo 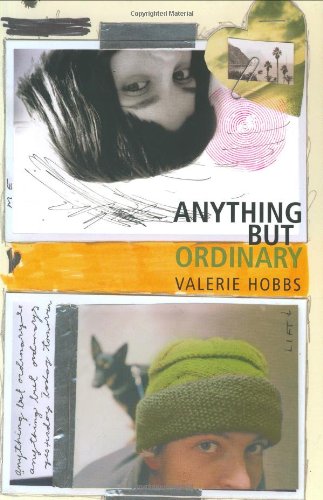 When he is thirteen, Bernie Federman moves to Pittstown, New Jersey. Proudly different than anybody else, he doesn't know anyone in the eighth grade, and from the very first day of school sits in the back of the classroom. Then he meets Winifred Owens, also fiercely individualistic, and possibly the only person less popular at school than Bernie. They fall in love and begin planning their life together. Both very intelligent, they are at the top of their class and apply to all the same colleges, neither of them dreaming they'll end up somewhere different than the other. Then, shortly before graduation, tragedy strikes for Bernie, and all his dreams fall apart. He stops going to school, dropping to the bottom of the class, and starts working in a tire shop, abandoning his plans for college. Winifred is heartbroken, but presses on, going across the country to attend the University of California at Santa Barbara. Once there, she realizes just how much she doesn't fit in, and with the help of her new roommates, she gets a makeover and becomes 'Wini,' changing her major from nanoscience to communications and spending her time partying, gossiping, and drinking lattes. Meanwhile, Bernie realizes he may have lost her forever, so he travels crosscountry to catch up with her. However, once he finds her again and realizes that she's become 'ordinary,' it may be too late for them.

I really loved this book. It's different than a lot of the teen romances available today in that it deals with the dark horses, the underdogs, the "unpopular" kids. You really find yourself rooting for Bernie and Winifred to make it work, for Winifred to wake up and realize how silly she's being, and you want them to get back together in the end. From the moment I picked it up, I didn't stop reading ANYTHING BUT ORDINARY, and I would definitely recommend it. It's a great look at the first year of college and how much it can change a person (for better or for worse), and although the ending is slightly bittersweet, it still leaves the reader with a smile. I'll definitely keep my eyes open for other books by Valerie Hobbs.

Adult guidance recommended, as this book involves the lives of college students and deals with alcohol and sexual situations.
KEYWORDS


Read more reviews by Litpick Student Book Reviewer: AZo
Recommend this book and review to your friends on Facebook