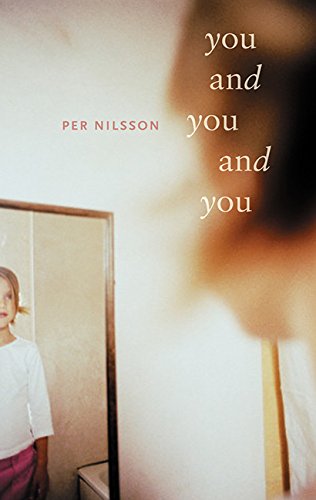 You and You and You
Tara Chace, Per Nilsson
Twelve-year-old Anon is so lost in his dual fantasies of befriending Sara, the owner of the library card he's found, and of his absentee father's god-like qualities that he doesn't mind that everyone at school is making fun of him. Seventeen-year-old Zarah has her mind on the alarming behavior of her jealous boyfriend as well as her relationship with a woman at work, which suddenly becomes complicated. Nils, who is going through an existential crisis, engages in some risky behavior while exploring how it might feel to be dead. He is also obsessed with Zarah, although he doesn't really know her. Then Nils's friend Hannes makes a misstep that might have deadly consequences. When Anon meets Sara, and Nils meets Zarah, and Anon and Zarah and Nils all come together unexpectedly, their lives take surprising new turns.
1 Vote

This book tells the story of three young people in Sweden who all have different but troubled lives. Anon is a 6th-grader who is bullied relentlessly at school. Zarah works at a daycare but she hates kids. She has a very troubled relationship with an abusive boyfriend but she doesn't seem to want to leave him. Nils is the oldest; he is twenty-one and obsessed with death. For example he has himself shut in a coffin, and temporarily buried underground.