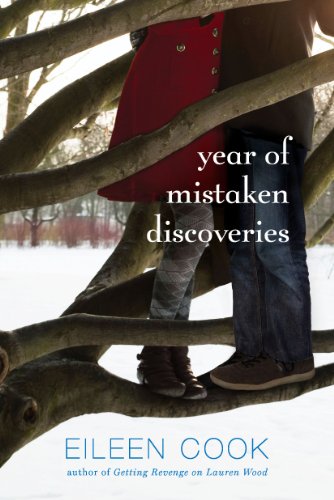 Year of Mistaken Discoveries
Eileen Cook
Friendship is a bond stronger than secrets in this novel from the author of The Almost Truth and Unraveling Isobel.As first graders, Avery and Nora bonded over a special trait they shared—they were both adopted. Years later, Avery is smart, popular, and on the cheerleading squad, while Nora spends her time on the fringes of school society, wearing black, reading esoteric poetry, and listening to obscure music. They never interact...until the night Nora approaches Avery at a party, saying it’s urgent. She tells Avery that she thought she found her birth mom—but it turned out to be a cruel lie. Avery feels for Nora, but returns to her friends at the party. Then Avery learns that Nora overdosed on pills. Left to cope with Nora’s loss and questioning her own actions, Avery decides to honor her friend by launching a search for her own birth mother. Aided by Brody, a friend of Nora’s who is also looking for a way to respect Nora’s legacy, Avery embarks on an emotional quest. But what she’s really seeking might go far deeper than just genetics…
1 Vote

Year of Mistaken Discoveries by Eileen Cook is a riveting novel that absolutely grabs your attention and makes you hold onto every last word. A truly touching story about a young girl who was once adopted searches for her birth mother in her last year in high school.