The World of Eldaterra: The Dragon Conspiracy 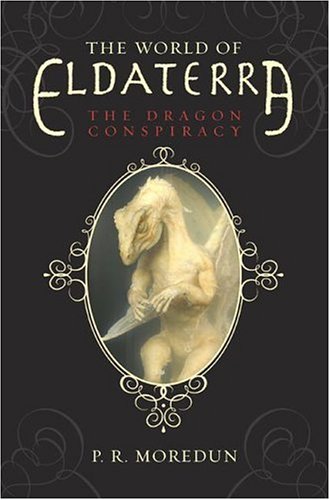 The World of Eldaterra: The Dragon Conspiracy
P. R. Moredun
They've been kicked out of their world. Now they want ours. In 1895 . . . a policeman follows a trail of murders that leads to a discovery too incredible to believe. In 1990 . . . fourteen-year-old James Kinghorn finds an entrance to Eldaterra, the Old World, where magic forces -- good and evil -- struggle for domination. With the help of some unexpected friends, including two dwarf brothers, a beguiling elf, parlanimals, and a wizard with many secrets. James uncovers a deadly conspiracy that began fifteen years before. IF the enemy's plans are not stopped, both worlds will plunge into unthinkable chaos. . . . The first book of the World of Eldaterra series weaves mystery and fantasy into an extraordinary, heart-stopping adventure.
1 Vote

Tweet
The World of Eldaterra: The Dragon Conspiracy review by SMo

The time is 1895. Chief Professor Corrik is working on a case that involves the murders of pregnant women. Can he handle the truth, and is he brave enough to stop the culprit? The time is 1910. Eldaterra is in trouble. Portals between the Old World and the New World only open on rare occasions, and even then, few people can see them. While James is walking on the beach, he sees a strange arch; one that he is sure wasnt there before. When he steps through, he is taken to another world- the Old World, Eldaterra.