The Wonder of Charlie Anne 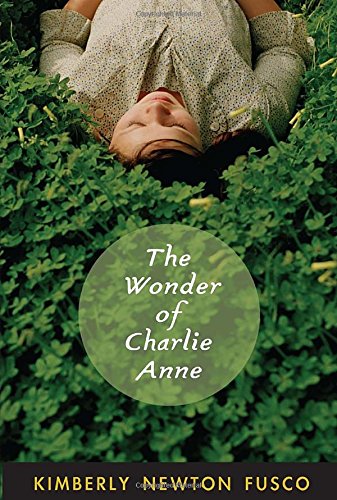 The Wonder of Charlie Anne
Kimberly Newton Fusco
Charlie Anne is devastated when her father must go north to build roads after the Depression hits. She and her siblings are left with their rigid cousin, Mirabel, and a farm full of chores. The only solace Charlie Anne finds is by the river, where the memory of her mother is strongest. Then her neighbor Old Mr. Jolly brings home a new wife, Rosalyn, who shows up in pants—pants!—the color of red peppers. With her arrives Phoebe, a young African American girl who has also lost her mother. Phoebe is smart and fun and the perfect antidote to Charlie Anne's lonely days. The girls soon forge a friendship and learn from each other in amazing ways. But when hatred turns their town ugly, it's almost more than they can bear. Now it's up to Charlie Anne and Phoebe to prove that our hearts are always able to expand.
1 Vote

Tweet
The Wonder of Charlie Anne review by ASz_Hopkins

The Wonder of Charlie Anne, by Kimberly Newton Fusco, is about a girl who has to live life with problems she has to overcome. The plot is all the problems she meets on the way. It started off with her mother died and she wasn't over it. Charlie Anne has to live with her cousin, Mirabel, that doesn't really like her and is hard on her. Also she made a friend with Pheobe, a young African American girl, that lives next door.Mirabel doesn't agree with the friendship. There are many other problems that come her way but you have to read the book to know more.