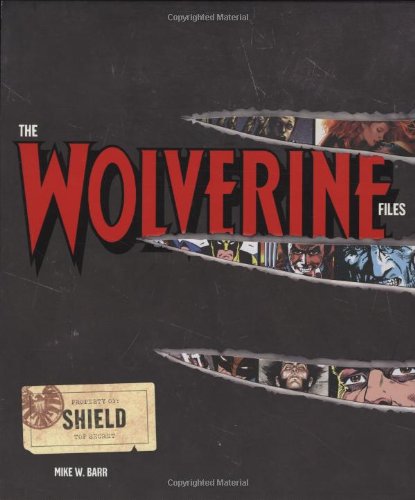 The Wolverine Files
Mike W. Barr
Timed to coincide with the release of X-Men: Origins: Wolverine, a collection of top-selected Wolverine comics explores his background and the challenges he faces as the team's most reluctant member, in a fan's collectible that covers everything from his creation by the WEAPON X project to his relationships with fellow mutants.
1 Vote

Whether he is known by the name Logan, or Runt, or quite simply Wolverine, Wolverine is quite an impressive and fascinating character. And throughout the comic book series, Wolverine developed from a young Canadian soldier to the ultimate soldier who fought evil at every step. Yet the life and times of Wolverine is more complicated than that due to the women in his life, his enemies, his beginnings, and his allies. This makes Wolverine's life not just story, but rather an adventure.