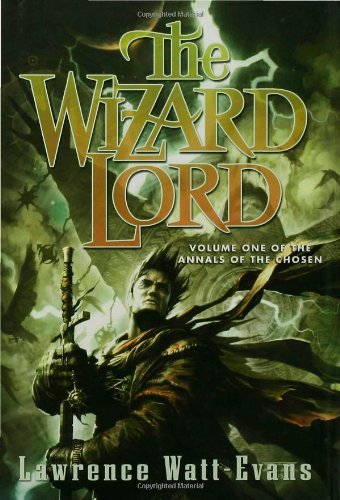 The Wizard Lord
Lawrence Watt-Evans
The Wizard Lord's duty is to keep the world in its delicate balance. He must govern lightly to protect his domain from power-hungry interlopers, such as certain wizards who previously fought to rule the world…But if the Wizard Lord himself strays from the way of the just, then it is up to the Chosen to intercede.The Chosen ones are the Leader, the Seer, the Swordsman, the Beauty, the Thief, the Scholar, the Archer, and the Speaker. Each are magically-infused mortal individuals who, for the term of their service, have only one function--to be available to remove an errant Wizard Lord, whether by persuasion or by stronger means. Breaker, a young man of ambition, has taken the mantle of Swordsman from its former bearer who wished to retire. Never did he realize that he would be called to duty so quickly, or that the balance of power in his world would be so precarious.He had a duty to perform. A world to save.So why does he still have doubts…not just about himself, but about the entire balance of power?
1 Vote

The Wizard Lord is the ruler of all the land of Barokan. He controls anything and everything from the weather, to keeping the peace by hunting down rouge wizards and other criminals. However, if he goes bad there are eight Chosen people (the Leader, the Seer, the Swordsman, the Beauty, the Thief, the Scholar, the Archer, and the Speaker) who when working together can remove the Wizard Lord, through persuasion or other, more gruesome methods. Breaker is the main character of this story. He, after months of rigorous training, takes over the position of Swordsman.