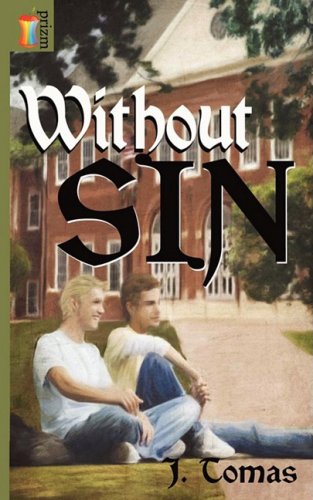 Without Sin
J. Tomas
Sixteen-year-old Jacob Smithson has a temper. He's picked on because he likes boys, and fighting gets him kicked out of public school. As a last resort, his parents place him in St. Thomas Aquinas Catholic Boarding School for Boys. At his first mass at St. Thomas he sees Avery Dendritch, a senior who serves as altar boy during the service. When they meet, the attraction between them is hard to deny. The two become fast friends, and as the school year progresses, their friendship deepens until Jacob feels he's found a place where he belongs. But the other students gossip about their growing relationship. Avery can ignore them; Jacob can't. As the rumors and slurs start up again, can he curb his temper, or will his fighting get him expelled from St. Thomas, too?
1 Vote

When Jacob Smithson starts class at St. Thomas Aquinas Catholic Boarding School for Boys, he is skeptical about the calming effect it's supposed to have on his temperament. Jacob already doesn't like his roommate, Mike; he doesn't intend to study; and he anticipates trouble right from the start. Jacob doesn't know just how much trouble he'll be in, however, until, during mass, his eyes meet those of Avery Dendritch. His attraction to the altar boy is almost instantaneous and the two are swept up in a romantic whirlwind.