William and the Lost Spirit 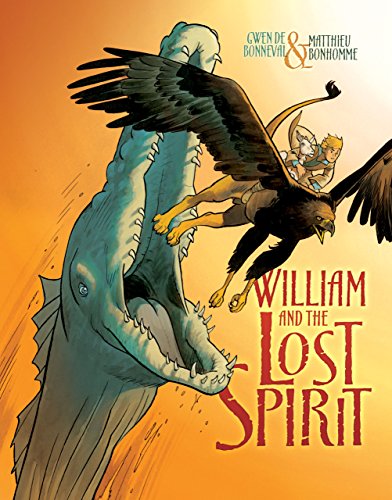 William and the Lost Spirit
Matthieu Bonhomme, Gwen De Bonneval
William knows his father is dead. Everyone knows it . . . everyone except William's sister, who hears him calling to her. Despite William's warnings, she disappears in the night to find their father. To rescue his sister, William must travel through dangerous forests swarming with bandits. But human foes are the least of his problems. His quest will take him beyond the world he knows and into far-off lands--where monsters are real, the dead can speak, and lies become truths. With an enchanted goat as his guide, William follows a strange path that may lead to his sister . . . and perhaps his father as well.
1 Vote

Tweet
William and the Lost Spirit review by ReesaOnFire

After his father’s strange death and his sister’s disappearance, young master William embarks on a journey. William, pure and true, goes to wondrous lands and meets fearful creatures with a noble knight and trusty goat. Then, after being captured and nearly killed several times, William wakes up. He realizes that everything was just a dream. After returning to our world of reality, William takes his sister home and finds out the truth behind his father’s death. But was the truth worth knowing?