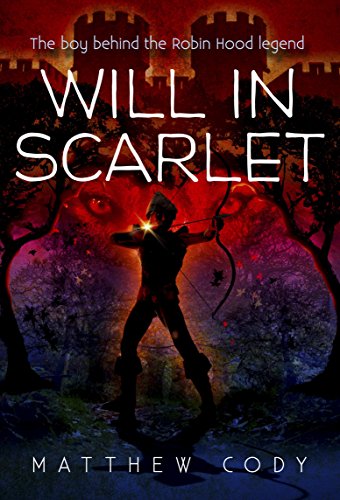 Will in Scarlet
Matthew Cody
This reimagining of the Robin Hood legend tells the story of the young boy behind the bandit hero's rise to fame.   Will Shackley is the son of a lord, and though just thirteen, he’s led a charmed, protected life and is the heir to Shackley House, while his father is away on the Third Crusade with King Richard the Lionheart.   But with King Richard’s absence, the winds of treason are blowing across England, and soon Shackley House becomes caught up in a dangerous power struggle that drives Will out of the only home he’s ever known. Alone, he flees into the dangerous Sherwood Forest, where he joins an elusive gang of bandits readers will immediately recognize.   How Will helps a drunkard named Rob become one of the most feared and revered criminals in history is a swashbuckling ride perfect for anyone who loves heroes, villains, and adventure.From the Hardcover edition.
1 Vote

Will In Scarlet is about a boy named Will Shackley who in the beginning was a mischief maker.  His life gets turned around when he goes on the run and in the process joins the Merry Men.  Will’s main goal is to kill Sir Guy of Gisborne. Will also persuades the Merry Men to rob the Shackley castle, which in turn, gets the Merry Men some silver coins.  Will gives the silver to the poor and they become fugitives.