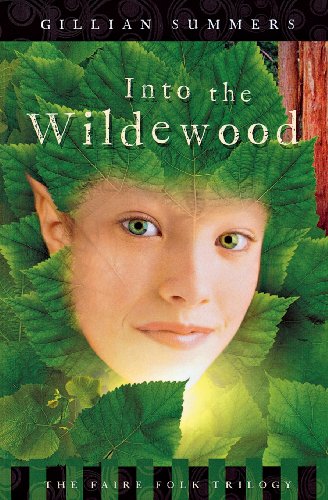 Into the Wildewood
Gillian Summers
After squelching an evil plot by a rotten fairy, Keelie Heartwood is ready for fun at the upcoming Wildewood Renaissance Faire. Getting to know her elf dad has been great, but camping out in his homemade RV while acting out the 16th century isn't so fab. Keelie prefers hot showers and wearing a watch, thankyouverymuch. And a cool new cell phone would be nice, too.  But with fairies turning up in the oddest places, an unfortunate misunderstanding about a credit card bill, and that nasty, stuck-up elf-girl, Elia, Keelie's plans to have a good time are all but ruined. So far, life as an elf isn't all that enchanting. And then the unicorn shows up.   Don't miss the first book in the Faire Folk Trilogy, The Tree Shepherd's Daughter: "One of those remarkable tales in which the reader becomes completely immersed . . . [It] will have readers eagerly anticipating books two and three in this promising trilogy."―KLIATT
1 Vote

Next stop: the Wildewood Renaissance Faire. After destroying the evil Red Cap at the High Mountain Renaissance Festival, Keelie Heartwood and her dad head to the next faire for the hot summer months. Little does Keelie know, but she's in for a troublesome surprise.