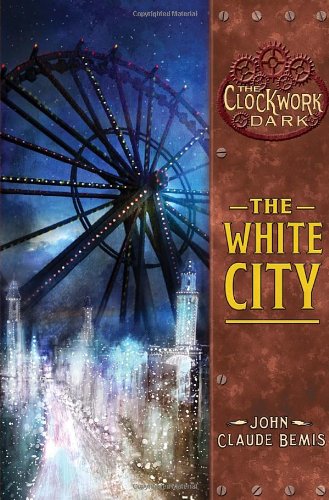 The White City
John Claude Bemis
In The Nine Pound Hammer, John Bemis introduced middle-grade readers to a whole new approach to epic fantasy, founded on characters and themes from American mythology and lore, including the legend of John Henry. Now in the third and final book, the heroes come together at the 1893 World's Fair in Chicago for a final confrontation with a businessman and tycoon who is in fact an ageless evil known as the Gog. With his Dark Machine, he intends to bend the world to his ruthless vision of progress and efficiency. It's man versus machine all over again, fighting for the soul of humanity in front of Ferris's Wheel. For fans of adventure fantasy like Percy Jackson and Peter and the Starcatchers.
1 Vote

The Darkness swallowed Omphalosa first, making those who were left fatally sick. Now it has come to the 1893 Chicago World's Fair. The amazing Ferris wheel is there, dazzling visitors. The exhibits are interesting and exciting. The White City glows with splendor. But something much more sinister is happening all the while, and it's up to Ray Cobb to stop it. He and his friends must find the light to pierce the Dark, but it's not going to be a simple task. The Gog and his evil Machine are threatening to destroy Chicago as the world knows it.