The White Book, The Beatles, The Bands 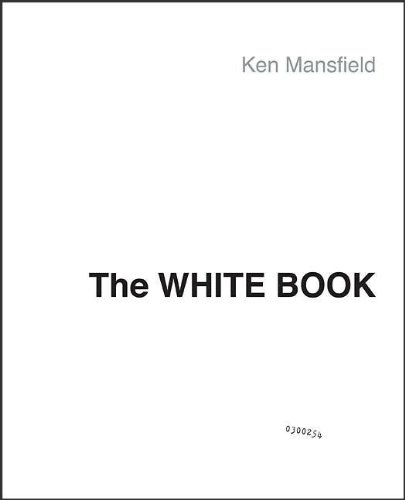 The White Book, The Beatles, The Bands
Brent Stoker, Ken Mansfield
Through exclusive photos and personal stories, former US manager of Apple Records and Grammy Award winning producer Ken Mansfield offers a compelling memoir that delves into his life in the 1960s and '70s and his unique partnership with the Beatles and other musicians who orbited their world. As observer, friend, and colleague, Mansfield sat in their recording sessions, partied in their swimming pools, took their irate calls, and publicized their successes. Entertaining, historically accurate, and illuminating a side of the Fab Four known only to a few like Mansfield, The White Book shines fresh light on the true characters behind the cultural phenomena that revolutionized a generation. As the former Head of Apple Records International, Jack Oliver, has said of Ken, "He is one of the few insiders left that bore witness to the highs and lows of those insane days when we ruled the world.""Ken has a unique gift. He can take you in the room and have you sit with the folk he knows and make you one of the gang, part of the plan. and considering these folk include the Beatles, Dolly Parton, Waylon Jennings, the Beach Boys, Roy Orbison, David Cassidy and a whole host more that is some doing. I really enjoyed sitting in on his world and I respect the affection he has for our game, and what he brought to it, will get you."ANDREW LOOG OLDHAMRolling Stones Manager and Producer"Ken Mansfield brings us a new and closely personal perspective not only on the Beatles, but on a whole cast of musical characters from Brian Wilson to Don Ho. An observant and perceptive man in the centre of the storm; a contradictory man, both ambitious and spiritual, but at the heart of the record industry during its most exciting years and enjoying every minute of it. I lived through those years with Ken and we became friends. It is a pleasure to experience so much of it all again through the accuracy of his story telling and the clarity of his memory."PETER ASHERPeter and Gordon/A&R Chief Apple Records/Producer-Manager (James Taylor, Linda Ronstadt, Carole King et al)"Journalism is normally a very inexact science. Many of the countless books about the Beatles have been written by researchers-not by people who were actually there. Everyone has experienced reading a book or article where one's own inside knowledge about a particular person or event shows up inaccuracies on the part of the writer that totally distort the truth. This book is an exception-I know because I was there for some of it myself. Ken Mansfield and I unknowingly shared the experience of the famous Apple rooftop session where I was nervously adjusting mikes and cables for the sound recording of that unforgettable day. Ken was not only working for the Beatles through their heyday, he was also their trusted friend. There is no one better equipped to tell the Beatles' story-truthfully-and more importantly-factually, from the inside."ALAN PARSONSEngineer to the Beatles/Pink Floyd, Multi Platinum Producer, Alan Parsons Project"Unlike many people claiming a Beatles connection, Ken Mansfield doesn't have an agenda or try to elevate his role or importance. Ken comes across as a man who knows how lucky he was to be where he was and enjoys sharing his stories with us. Ken was there and that is why The White Book is informative, fresh and entertaining without being ego-driven."BRUCE SPIZERAuthor, Beatle Historian
1 Vote

Tweet
The White Book, The Beatles, The Bands review by JCub

Ken Mansfield is an ordinary producer for the Beatles. The only thing is that he knows all of the band members like friends. Ken's "journey" with the Beatles takes him onto a new life as a producer. He goes to many different places with his friends (The Beatles) like London. With the trips that he takes he always finds new offerings for jobs and sometimes he does not want the job. Ken is very pleased with Apple Records and Capitol Records that he does not want to ever get fired or quit, but these new offerings are tempting to him. What will Ken do?