War in the Middle East 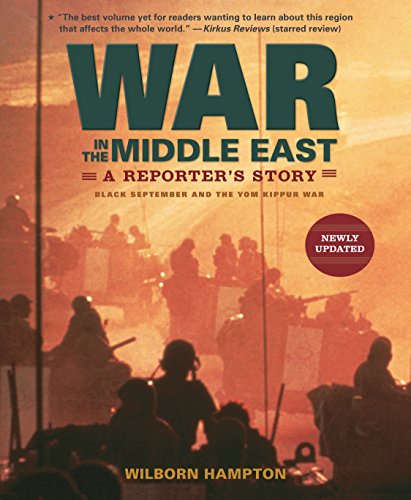 War in the Middle East
Various, Wilborn Hampton
"Immediate and accessible. . . .The best volume yet for readers wanting to learn about this region that affects the whole world." — KIRKUS REVIEWS (starred review) (Age 10 and up)In 1970, when the Jordanian civil war known as Black September began, U.P.I. correspondent Wilborn Hampton was sent to report on unfolding events. Holed up in the InterContinental Hotel and caught in the crossfire, he managed to get the story out. Three years later, dispatched to Israel to cover the Yom Kippur War, the reporter took it on himself to drive to the front lines. Now the acclaimed author of KENNEDY ASSASSINATED!, MELTDOWN, and SEPTEMBER 11, 2001, relays his on-the-spot experiences covering two pivotal wars, while offering readers a clear, balanced overview of the issues that have plagued the Middle East for decades and continue to this day.Back matter includes a bibliography and an index.
1 Vote

Tweet
War in the Middle East review by KSee

Hampton started in 1970, dedicating his entire career to be a journalist, reporting the sad history in the Middle East. He wrote this nonfiction book entirely on facts that he experienced himself. He was there during two wars, including Black September, to write about the shooting, killing, bombing, peace treaties, and diplomatic maneuvering from a neutral stance.