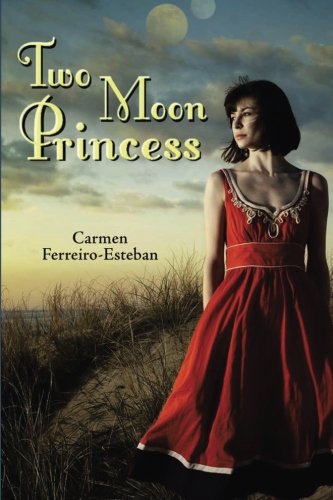 A Spanish Princess. An American Boy. A King set on revenge. An unrequited love and a disturbing family secret bring a World to the brink of War. Wishing to be the heir her father the king has always wanted, Princess Andrea trains to become a knight. But the king laughs at her efforts and sends her to her mother to be made into a lady. Andrea sulks. She finds the ladies’ company boring, their manners puzzling. To make matters worse, the queen, offended by Andrea’s behavior, forbids her to attend the ball that her sister claims will change her mind. Andrea has had enough, and when that very night she learns of the existence of a parallel universe, she leaves her parents’ castle and crosses the door into another world: present day California. Andrea loves the freedom of California and plans to stay there forever, but when, accidentally, returns to her world with the Californian boy he fancies, she starts a chain of events that brings war to her kingdom. Her well-intended but somehow foolish attempts to stop the war and keep her love interest alive, will have unexpected consequences that will challenge her beliefs and change her forever.
2 Votes

This book is the story of a princess named Andrea who does not want to be a lady. Andrea mistakenly discovers a way to travel into our modern world. She loves life in California, but she accidentally returns to her world with a friend from California. The outsider is threat to her secret world. Before Andrea can return her friend to our world, a war breaks out in her world. She must attempt to stop the war and save her friend. This story blends the modern world with a fairy tale. Its sole purpose is to entertain.

Princess Andrea has always been the rebellious outcast of the family, having preferred instead to spend her time riding her horse Flecha, shooting her bow, and training to be a squire. Her sisters, on the other hand, are everything her mother wishes Andrea would be; perfectly beautiful and proper, just like ladies should be. So when Andrea gets banned from attending the Spring Ball for fighting with her older sister Rosa, she decides to spy on the occurring events from her favorite oak tree. There she meets Don Alfonso de Alvar, a prince and an enemy of her father, the King of Montemaior.