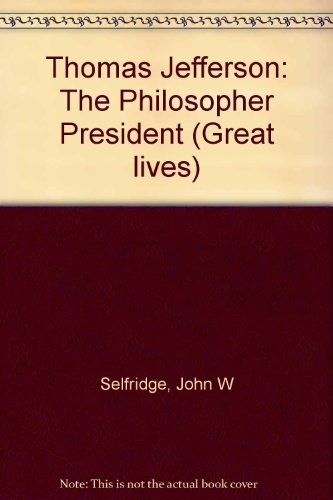 Thomas Jefferson
John W. Selfridge
As a young revolutionary armed with knowledge and conviction, Thomas Jefferson helped forge a nation dedicated to freedom. Writer of the Declaration of Independence, he represented the new republic abroad as ambassador and served as its first Secretary of State under George Washington. Elected America's third president, Jefferson expanded its western frontiers to the Pacific Ocean while establishing a legacy of liberty that lives today.