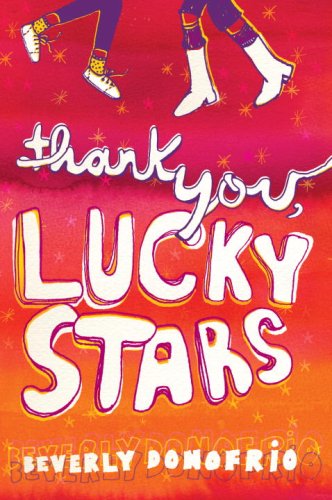 Thank You, Lucky Stars
Beverly Donofrio
It’s the first day of fifth grade, and Ally is psyched. She and her best friend, Betsy, are in the same class, and have already planned on singing in the annual talent show together. But it’s not long before she sees that Betsy has made a new best friend, and Ally is no longer on her radar screen. Not to mention that the weird new kid, Tina, has glommed on to Ally. In this phenomenally accurate and readable portrayal of the trials and tribulations of fifth grade, readers will watch a quirky, sensitive, and extraordinarily likeable girl try to survive. Narrated in Ally’s distinctive first person voice, Thank You, Lucky Stars beautifully illustrates that it is possible to be unpopular, individualistic, nice, and still have fun.
1 Vote

Over the summer Ally's best friend, Betsy, meets Mona and together they practically ignore Ally. Betsy and Mona do everything together as they even started a band with some of Mona's friends. Ally is being bullied constantly and this weirdo, Tina, is trying to be her friend. A big fifth grade talent show is announced and Tina is thinking of all of the things she and Ally could do in the show. Ally is slowly warming up to Tina and suggests they disco dance together.