Terezin: Voices From The Holocaust 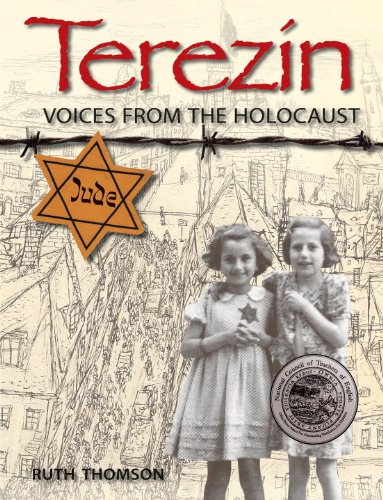 Terezin: Voices From The Holocaust
Ruth Thomson
Through inmates’ own voices and artwork, Terezín explores the lives of Jewish people in one of the most infamous of the Nazi transit camps.Between 1941 and 1945, Nazi Germany turned the small town of Terezín, Czechoslovakia, into a ghetto, and then into a transit camp for thousands of Jewish people. It was a "show" camp, where inmates were forced to use their artistic talents to fool the world about the truth of gas chambers and horrific living conditions for imprisoned Jews. Here is their story, told through the firsthand accounts of those who were there. In this accessible, meticulously researched book, Ruth Thomson allows the inmates to speak for themselves through secret diary entries, artwork, and excerpts from memoirs and recordings narrated after the war. Terezín: Voices from the Holocaust is a moving portrait that shows the strength of the human will to endure, to create, and to survive.
1 Vote

Tweet
Terezin: Voices From The Holocaust review by RArms

In Terezin: Voices from the Holocaust, by Ruth Thomson, you journey from pre-World War II to the end of the war focusing on the Holocaust but in particular a ghetto/concentration camp in Terezin, Czechoslovakia. Most of the people sent to Terezin died. They died either in Terezin due to health issues caused by ghetto life or during transport to Auschwitz, called "going east", or in the gas chambers at Auschwitz. You see first-hand quotes, diary entries and drawings that were secretly hidden and every now and then a real photo of life in Terezin.