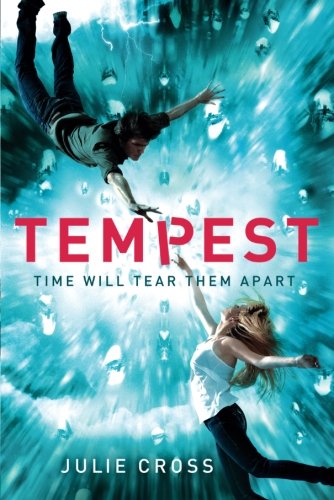 Tempest: A Novel (Tempest Trilogy)
Julie Cross
New York Times bestselling author, Beth Revis on Tempest: "Julie Cross's thrilling debut is brimming with excitement, romance, and intrigue. I couldn't turn the pages fast enough!" The year is 2009. Nineteen-year-old Jackson Meyer is a normal guy… he's in college, has a girlfriend… and he can travel back through time. But it's not like the movies – nothing changes in the present after his jumps, there's no space-time continuum issues or broken flux capacitors – it's just harmless fun.That is… until the day strangers burst in on Jackson and his girlfriend, Holly, and during a struggle with Jackson, Holly is fatally shot. In his panic, Jackson jumps back two years to 2007, but this is not like his previous time jumps. Now he's stuck in 2007 and can't get back to the future.Desperate to somehow return to 2009 to save Holly but unable to return to his rightful year, Jackson settles into 2007 and learns what he can about his abilities.But it's not long before the people who shot Holly in 2009 come looking for Jackson in the past, and these "Enemies of Time" will stop at nothing to recruit this powerful young time-traveler. Recruit… or kill him.Piecing together the clues about his father, the Enemies of Time, and himself, Jackson must decide how far he's willing to go to save Holly… and possibly the entire world.
1 Vote

This book is about the trials of a time traveling nineteen year old named Jackson. One day, he and his girlfriend, whose name is Holly, are sitting in her apartment when two people burst in the door. They then shoot Holly and tell Jackson to "jump" or time travel. He jumps back to 2007, which is way farther then he has jumped back before. But this jump is different. He is stuck in 2007 and can't get back to 2009. The rest of the book involves him trying to get back to 2009 and save his girlfriend.