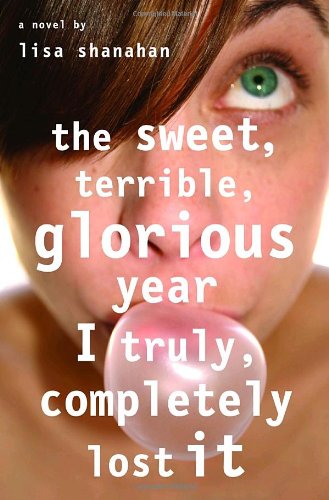 The Sweet,Terrible,GloriousYear I Truly,Completely Lost It
Lisa Shanahan
IN MY FAMILY, when anyone rides the wave of their emotions, we say they're chucking a birkett. When the emotion drives out all common sense, we say they're chucking a big one. The telltale signs are: flaming cheeks, shortness of breath, bulging eyes, and a prolonged illogical outburst.Gemma Stone is convinced that it's always unseemly to chuck a birkett and that it's actually insane to chuck one in front of a complete stranger. But that was before she fell for a boy who barely knows she exists, before she auditioned for the school play, before she met the family of freaks her sister Debbie is marrying into, before the unpredictable Raven De Head took an interest in her, and before she realized that at the right time and for the right reason, a birkett could be a beautiful thing.
1 Vote

In the beginning, Debbie, Gemma's sister, is planning to wed her newest boyfriend, Brian. After a plethora of uncanny characters that had held the position of "Debbie's Boyfriend," Brian certainly seemed normal&until the Stones meet his war-fanatic family. To add to this, Debbie has gone completely over the edge with her preparation, insisting that the day be planned to absolute perfection.