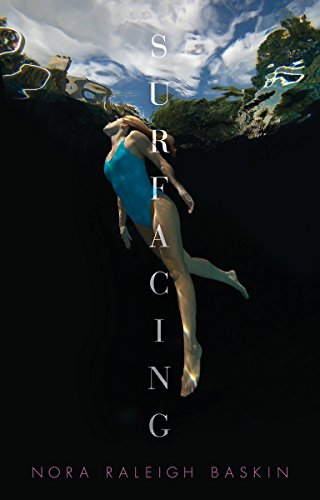 Surfacing
Nora Raleigh Baskin
A lyrical and deeply moving portrait of grief, blame, and forgiveness, and of finding the courage to confront your ghosts — one truth at a time.As soon as she was under, Maggie heard the quiet, though every sound was amplified in her ears and in her brain...Sound, like shame, travels four times faster under the water. Though only a sophomore, Maggie Paris is a star on the varsity swim team, but she also has an uncanny, almost magical ability to draw out people’s deepest truths, even when they don’t intend to share them. It’s reached a point where most of her classmates, all but her steadfast best friend, now avoid her, and she’s taken to giving herself away every chance she gets to an unavailable — and ungrateful — popular boy from the wrestling team, just to prove she still exists. Even Maggie’s parents, who are busy avoiding each other and the secret deep at the heart of their devastated family, seem wary of her. Is there such a thing as too much truth?
2 Votes

When Maggie Paris was young, her older sister Leah drowned in a community pool. Since that summer day, her family has been broken. Now Maggie Paris is a high school student, and must struggle with boys, swim team, and dark family secrets on her own.

Maggie also has a strange ability- friends and strangers alike share their deepest secrets with her. Maggie views this power as a curse, because once someone tells her their secrets, they avoid her as much as possible.

What's this?
Surfacing review by LaRayne

<p>Maggie has a secret; a secret even her best friend has no idea about. Her secret is that she can get other people to tell her their secrets that they would never want anyone to know about. She can&rsquo;t even help it so she scares everyone away. The only thing that has kept her going is being on the swimming team. When she starts high school again after the summer she starts needing more so she starts throwing herself at any boy including Matthew the boy of her dreams.</p>