Still Sucks To Be Me 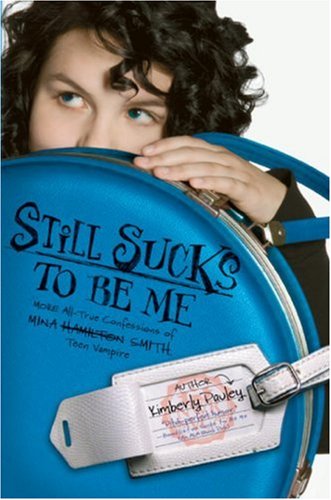 Still Sucks To Be Me
Kimberly Pauley
With vampire boyfriend George and best friend Serena by her side, Mina thought she had her whole life—or rather afterlife—ahead of her. But then Mina’s parents drop a bomb. They’re moving. To Louisiana. And not somewhere cool like New Orleans, but some teeny, tiny town where cheerleaders and jocks rule the school. Mina has to fake her death, change her name, and leave everything behind, including George and Serena. Not even the Vampire Council’s shape-shifting classes can cheer her up. Then Serena shows up on Mina’s doorstep with some news that sends Mina reeling. Mina may look a lot better with fangs, but her afterlife isn’t any less complicated!  In this eagerly awaited sequel to the popular Sucks to Be Me, Kimberly Pauley addresses many of her fans’ most pressing questions (Will Serena become a vampire? What happened to Raven? What’s next for Mina and George?) with signature humor and breezy bloodsucking style.
1 Vote

Tweet
Still Sucks To Be Me review by DMorr

Mina (Hamilton) Smith is a regular teenage girl about to start her senior year of high school. She has a boyfriend, George and a best friend, Serena, both of whom she cares for deeply. She argues with her parents and even does a little bit of rule breaking. There is one thing, however, that makes Mina different from other girls her age. She is a newly turned vampire. After her changing, Mina's life starts to go downhill. The Vampire Council stages her death, changes her name, and forces her family to relocate.