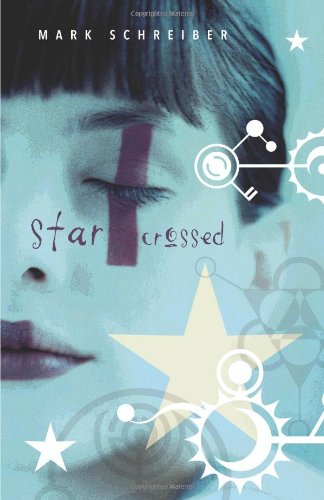 Starcrossed
Mark Schreiber
A 2008 YALSA Quick Picks for Reluctant Young Adult Readers list nominee! How can Christy Marlowe―an impulsive, wise-cracking horoscope-junkie―be in love with Ben, a well-mannered college freshman who prefers astronomy over astrology? Their fateful first meeting takes place at a plastic surgeon’s office, where both hope to erase painful memories along with unwanted tattoos. Is it a bad omen that Ben has the same name as Christy’s ex-boyfriend, a drug-pedaling punk in juvie for murder? It’s hard for Christy to care when Ben sends her heart "racing through galaxies of bliss." Just as Ben is worried about Christy’s obsessed ex who’s back on the streets, Christy is troubled by the sadness lurking in Ben’s ice-blue eyes.Burying the past isn’t easy and this comedy of love turns upside down when Christy and Ben become ensnared in their own lies. Starcrossed or starmates, can they forgo Romeo and Juliet’s tragic fate and find their way back to truth and trust?
1 Vote

Starcrossed tells a tale of two starcrossed lovers, caught in modern day time. When Christy first meets Ben, it is at the one place she least expects, the plastic surgeons office. Both wanting to remove unwanted tatoos and painful memories. Besides the fact that Ben has the same name as her last Christy's last boyfriend, they have nothing in common. Christy is and impulsive, wisecracking horoscpe junkie, and Ben is a well mannared college freshman. Together, they dig up old memories, and create some very new ones.