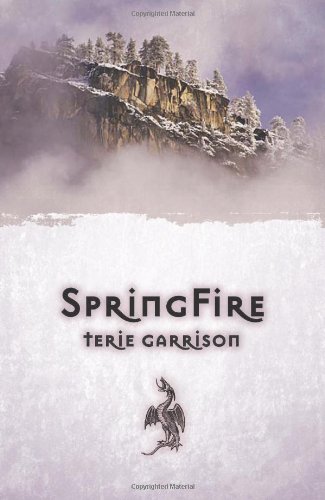 Springfire
Terie Garrison
The third book in the imaginative DragonSpawn Cycle begins as Donavah and the red dragon Xyla narrowly escape the dreaded dragonmasters. Suddenly they are transported from the midst of a deadly battle to Stychs, a legendary and mystical land that looks just like Donavah’s home world―though just how and why she is there yields more questions than answers.Only dragons can move between the two worlds so quickly, and Xyla is now gravely ill from the strain. Donavah and her friends must undertake a treacherous journey to find the other red dragons if Xyla is to be healed. Along the way Donovah is kidnapped and cruelly imprisonedby a rogue magician, an ordeal that leaves her forever scarred. Rescued by the desert sages of Delaron, Donavah finally learns of her role in an ancient prophecy―a prophecy that must be fulfilled if maejic is to survive in Alloway.
1 Vote

Donavah, a young teen girl, sets out on a hunting adventure with her two friends, Grey, and Traz in the novel SpringFire. Xyla, a red dragon and one of Donavah's allies, is flying the crew to a forest, where they can hunt. While they are flying, DragonMasters attack them and they are plunged into another world; the Stychs. When Donavah, Traz, and Grey regain consciousness, they are in a mysterious cave. A few days later, a woman named Shandry appears to try and help them. Traz, Donavah, and Shandry have to venture out to the closest village in order to save Xyla, who is very sick.