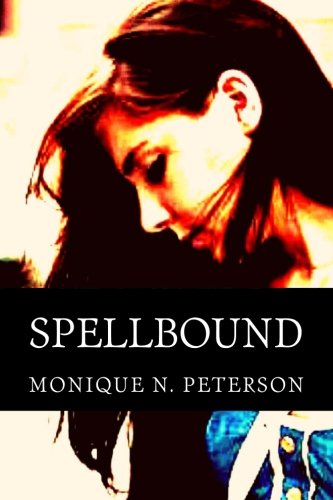 Spellbound
Monique N. Peterson
Have you ever wanted someone...you couldn't have? For almost a year, all Bea wanted was for things to go back to the way they were before her best friend left…but when Caid Knight comes into her life, everything changes. Even after Princess Jennipher returns, there is something different about the friendship they once shared as her relationships with fellow housemaids, Kerry and Lucy, begin altering and dwindling. News of a revolt against Crimson Isle’s four monarchies threatens the lives of those closest to her while her own safety becomes the most endangered as she considers leaving the only home she has ever known. As for Caid, her feelings for him are growing stronger with each passing day yet she doesn’t know how he feels about her. Before she can ask, she is told that fate will not allow them to be together, regardless of what she tries to do to be with him. Will she defy this foretelling or surrender herself to it?
1 Vote

Spellbound is a story about a girl, Bea, who has worked as a housemaid all her life. The monotonous pattern of her life was disrupted with the return of her childhood friend – Princess Jennipher – and with the princess, the arrival of the liberated security forces captain, Caid Knight. Set in a world that is familiar yet unfamiliar, the land is torn with rebellion and war, and the lives of the monarchies are at risk with the attempted overthrow of Queen Rosalind.