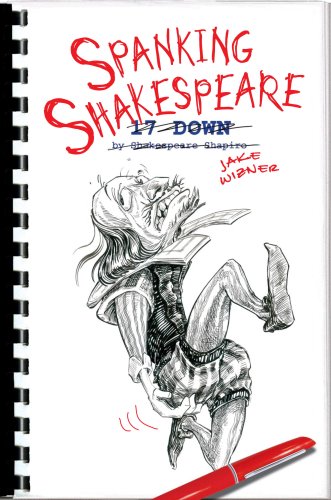 Spanking Shakespeare
Richard Ewing, Jake Wizner
SHAKESPEARE SHAPIRO HAS ALWAYS hated his name. His parents bestowed it on him as some kind of sick joke when he was born, and his life has gone downhill from there, one embarrassing incident after another. Entering his senior year of high school, Shakespeare has never had a girlfriend, his younger brother is cooler than he is, and his best friend's favorite topic of conversation is his bowel movements.But Shakespeare will have the last laugh. He is chronicling every mortifying detail in his memoir, the writing project each senior at Shakespeare's high school must complete. And he is doing it brilliantly. And, just maybe, a prize-winning memoir will bring him respect, admiration, and a girlfriend . . . or at least a prom date.
1 Vote

Spanking Shakespeare is an amusing and witty book. It is written in first person, as a boy who is trying to survive his senior year in high school. The boy writes memoirs, college essays, and obituaries for his classes. It seems like his life is just one big joke. (He hates his name, he was born on Hilter's birthday, he doesn't have a girlfriend, and he still can't figure out how to blow his nose!) I think Jake Wizner is a talented author, because he teaches us that it's okay to laugh at ourselves once in a while!