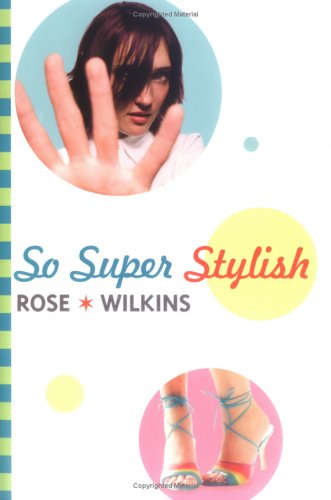 So Super Stylish
Rose Wilkins
Excited about her new, laid back school, Octavia feels that her life may be taking a turn for the better and more normal, but when the paparazzi start following her again and the scandal of her celebrity mother resurfaces, Octavia loses faith in ever having a simple life or finding a sweet boy to call her own.
1 Vote

Octavia Clairbrook-Cleeve, daughter of a famous actress and director, has no wish to be in the spotlight. After leaving her glitzy school behind, she enters the local high school. For a while, she believes that she has gotten away from her former life. Unfortunately, she is mistaken. Bud, her mother's boyfriend, decides to pack up and move to live with them, bringing his son, Milton, along. While that causes some excitement, nothing can compare to the fact that India Withers, Octavia's nemesis, comes to her school claiming that she's doing research for her next acting gig.