The Snake Prince of Montreal 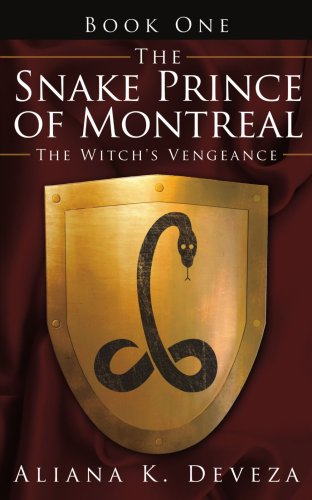 The Snake Prince of Montreal
Aliana Deveza
Love and jealousy ruined Agatha and Lucille's friendship. Lucille's love to Prince Aaron was so profound that she could not accept her defeat to Princess Agatha. Lucille wanted to seek revenge so she left the kingdom to learn black magic. After so many years, she returned to the Kingdom of Montreal after knowing of Prince Aaron and Agatha's upcoming wedding. The day that Lucille had been waiting for has come. Princess Agatha and Lucille have reunited again when Lucille unexpectedly attended the Prince and Princess' wedding. The Princess was astounded that her best friend had turned into a Black Witch and had cursed her unborn child.Will the Black Witch's curse turn Prince Krystopher into a snake forever or will he succeed in searching for the magic stone and defeat Zerca, the two-headed, two-tailed giant snake to become a human forever?Watch out for the second book, The Snake Prince of Montreal: The Quest for the Magic Stone as Prince Krystopher continues his quest to Mount Zerca in searching for the magic stone.
1 Vote

Tweet
The Snake Prince of Montreal review by CDi

Agatha and Lucille are best friends. Lester and Prince Aaron are best friends. Lester likes Lucille who likes Aaron who likes Agatha who likes Aaron. Aaron and Agatha marry, making Lucille angry. So she runs off to her aunt (a black witch) and learns dark magic to plan revenge on Agatha. On the day of Aaron and Agatha's wedding, Lucille shows up out of nowhere and curses their unborn son. Every full moon, he will turn into a snake! Will he ever break the curse?