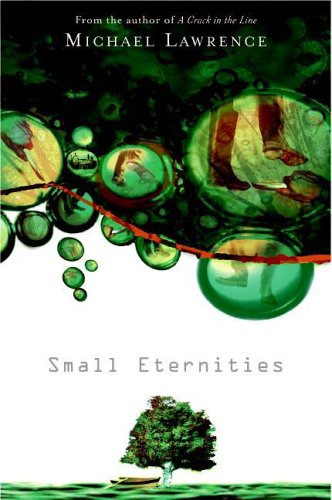 Small Eternities (Withern Rise)
Michael Lawrence
Four months ago in the snowy depths of winter, Alaric and Naia, two teenagers who'd never met, discovered they were living almost identical lives in different versions of Withern Rise, their riverside Victorian mansion. One day, they accidentally stranded themselves in the wrong realities. Now it's summer, and heavy rains have caused the river to overflow. Withern Rise's grounds are under water when Alaric and Naia find their separate ways into an earlier reality -- a small eternity -- and meet a boy called Aldous. Aldous Underwood. But who is this Aldous? Is he the old vagrant Naia has met in the present day, or an Aldous destined to die very soon, under mysterious circumstances? And will their meeting change Underwood history?
1 Vote

What if there actually are realities existing at the same time as ours? What if that one choice you made so long ago created another world of simultaneous but slightly different events that overlaps your own? And what if you somehow found a way to cross over to that parallel universe and meet someone on the other side?