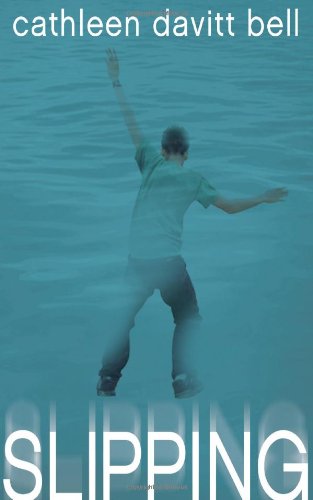 Slipping
Cathleen Davitt Bell
Michael Kimmel is an average eighth grader who's too short to be good at basketball and too unmotivated to care about school. When the grandfather he barely knows suddenly dies, Michael can't understand why his dad seems so detached. But when the ghost of his grandfather contacts Michael and begins to show him scenes from the past, Michael suspects it's up to him to right the wrongs between his father and grandfather – before he himself becomes trapped in the river of the dead.
1 Vote

When 13 year old Michael's grandfather passes away, he is not extremely perturbed. Why should he be?, he hasn't seen the man since he was seven years old. However, after a fight with his father about the acknowledgement of his grandfather's passing, he begins to feel his grandfather's presence near him. This leads to his seeing his grandfather, and traveling through a river of memories, the river of the dead. But, after altering the past, Michael becomes trapped in the river.