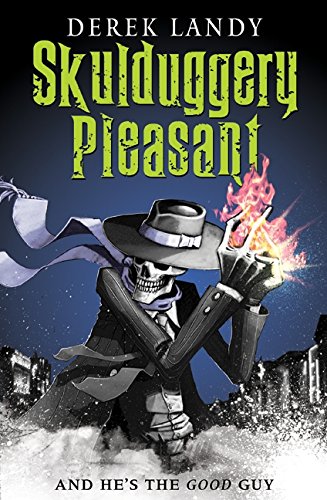 SKULDUGGERY PLEASANT, by Derek Landy, follows the story of a twelve-year-old girl named Stephanie Edgley. The book starts out at the time when Stephanie's uncle, Gordon (who happens to be a fantasy author), is murdered. Stephanie's family is under the impression that Gordon was not murdered, but Stephanie believes otherwise. Soon after Gordon's funeral, Stephanie and her parents are invited to the reading of Gordon's will, along with Gordon's other, very unpleasant brother Fergus and his even more unpleasant wife, Beryl.