The Sisters Club: Rule of Three 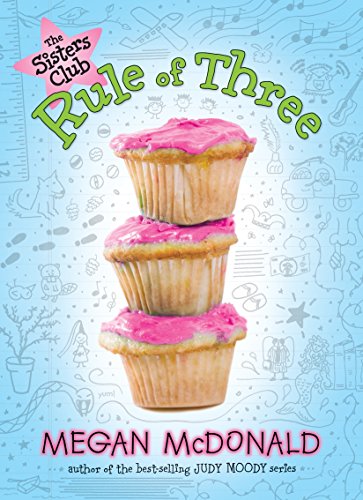 The Sisters Club: Rule of Three
Megan McDonald
The play’s the thing when sibling rivalry takes center stage in a funny, spot-on, all-new Sisters Club story by the inimitable creator of Judy Moody. (Ages 8-11)Alex has always been the Actor-with-a-capital-A in the Reel family, and middle-sister Stevie has always been content behind the scenes. But when the school play turns out to be a musical, Stevie (the natural-born singer of the family), decides that she may just be tired of being the Sensible One. Maybe, for once, she’d like to be the one in the spotlight! Alex isn’t so keen on vying for the same role as her younger sister, however, and soon the dueling divas — with little sister Joey egging them on — are engaged in a fierce competition to find out who’s got what it takes to play the Princess. Has Stevie broken the rules by going for what she wants — or will it be Alex who hands down the biggest betrayal of all?
1 Vote

Tweet
The Sisters Club: Rule of Three review by TKono

"The Sisters Club: Rule of Three" by Megan McDonald is an uproarious book for girls. The middle child Steven does the narration, discussing her intereactions with her yougner sister Joey and her older sister Alex. Alex is the breathtaknig actress, Joey is the "Little Women"- obsessed writer, and Steven is the singing cupcake maker. Tempers flare when Steven wants to try out for the lead role in the school's musical--in direct competition with her sister, who is also auditioning. The ending is happy but anything but predictable.