The Sin Eater's Confession (Carolrhoda Ya) 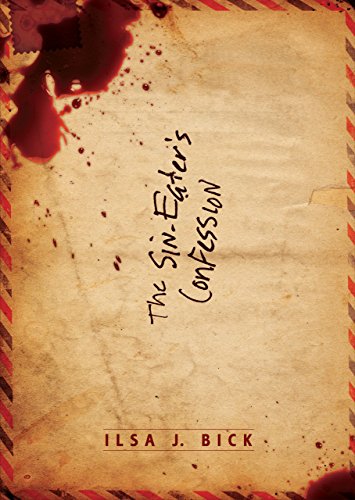 The Sin Eater's Confession (Carolrhoda Ya)
Ilsa J. Bick
People in Merit, Wisconsin, always said Jimmy was . . . you know. But people said all sorts of stupid stuff. Nobody really knew anything. Nobody really knew Jimmy. I guess you could say I knew Jimmy as well as anyone (which was not very well). I knew what scared him. And I knew he had dreams even if I didn't understand them. Even if he nearly ruined my life to pursue them. Jimmy's dead now, and I definitely know that better than anyone. I know about blood and bone and how bodies decompose. I know about shadows and stones and hatchets. I know what a last cry for help sounds like. I know what blood looks like on my own hands. What I don't know is if I can trust my own eyes. I don't know who threw the stone. Who swung the hatchet? Who are the shadows? What do the living owe the dead?
1 Vote

Tweet
The Sin Eater's Confession (Carolrhoda Ya) review by sabol

Ben has been running his whole life, trying to escape the memories that he left in back in Wisconsin. Now a marine in Afghanistan, those memories have finally caught up with him. Instead of running he decides to write, recalling every fragmented thought, every gruesome detail that occurred the night Billy died. Immersing himself back into the dark world of a boy whose life changed from the moment he chose to help a grieving family and their son, Ben recounts every action, every word that drew his darkest demons to the surface and pushed him closer to the brink of insanity.