The Silverskin Legacy - Curse of Arastold 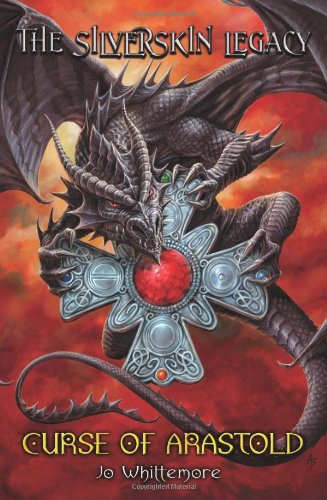 The Silverskin Legacy - Curse of Arastold
Jo Whittemore
Megan and Ainsley are ready to say goodbye to the magic-infused land of Arylon and journey back to Earth, but their trip is postponed when Ainsley comes down with a serious illness linked to cursed dragon's blood. Hoping for a cure, his friends take him to Raklund where he receives special care from Lady Maudred, who has experience with the magical disease. But her potion fails to cure him and Ainsley is running out of precious time. As he slowly descends into madness, his body is undergoing a hideous metamorphosis. The only hope for a cure lies with Arastold-an ancient and powerful dragon who's imprisoned in a mountain cave. Can Megan convince Arastold, who originated the foul infection, to lift the treacherous curse that is transforming Ainsley into a deadly dragon?
1 Vote

Tweet
The Silverskin Legacy - Curse of Arastold review by EH

Sunil, a magical world full of, elves, mythical beasts and many other mysterious powers is where Ainsly and Megan find themselves trapped. They were brought here by Bornias Niksrevlis an old neighbor of theirs on earth, but who turns out to be the ruler of the kingdom of Arylon, in Sunil. While there, the Staff of Lexiam, the powerful artifact that was used by Bornias, was stolen. Fortunately the staff was recovered, but the magically empowered gems were not. Ainsly, while searching for the staff, contracted the Illness.