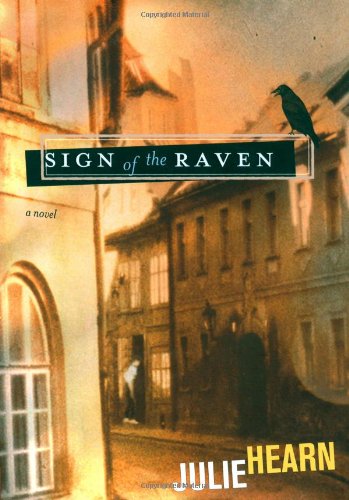 Sign of the Raven
Julie Hearn
Mind the gap. Something odd is going on in the basement of an old house in London. An inexplicable gap has formed, a gap in time that links the present to the past. And twelve-year-old Tom, who discovers the gap while on a visit to his grandmother, is torn between both worlds. Lured by a mysterious voice, Tom leaps into the early eighteenth century, to a time when circus "freaks" like the Bendy Man and the Gorilla Woman appeared at Bartholomew Fair. The voice he hears belongs to Astra, a tiny changeling child, whose limbs are no bigger than a man's thumb. She has called him into the past, because she is convinced that Tom is the only one who can help her and her friends from danger. Doctors are paying a high price for unusual bodies to dissect, and Astra and her friends are prime subjects. But Tom is dealing with difficulties of his own. His mum has cancer and is constantly fighting with his gran. And then he discovers a dark secret in his family's past...a secret that pulls the strands of time together and might just close the gap forever.
1 Vote

Tom isn't pleased when his mom's recovery from cancer takes him from his home to his grandmother's. Soon memories of Tom's first visit to his gram's begin to surface. What did he see in the basement? What did he hear down there? Now, he thinks he's seeing the raven on the neighboring pub sign move! Is Tom going insane, or are strange things happening? Stranger still is Tom's gradual discovery of "the gap", a portal in time that allows Tom to travel back to the year 1717 where he stumbles into a group of prisoner circus attractions.