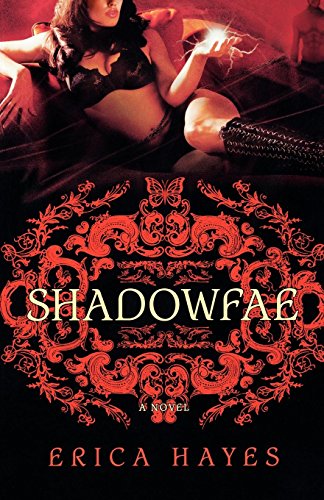 Shadowfae
Erica Hayes
Imagine a secret world veiled in fairy glamour and brimming with unearthly delights. A city swarming with half-mad fairies, where thieving spriggans rob you blind, beautiful banshees mesmerize you with their song, and big green trolls bust heads at nightclubs. And once you're in, there's no escape…Enslaved by a demon lord, Jade is forced to spend her nights seducing vampire gangsters and shapeshifting thugs. After two hundred years as a succubus, she burns for freedom and longs to escape her brutal life as a trophy girl for hell's minions. Then she meets Rajah, an incubus who touches her heart and intoxicates her senses. Rajah shares the same bleak fate as she, and yearns just as desperately for freedom. But the only way for Jade to break her bonds is to betray Rajah―and doom the only man she's ever loved to a lifetime in hell.
1 Vote

Jade is a succubus owned by a demon named Kane. She spends her nights sucking the souls his enemies and whatever else he has in mind for her. When Jade tries to find her freedom, she finds herself working with Rajah, an incubus who is also owned by Kane. Rajah is also looking for his freedom, making him an enemy to Jade as well as and enchanting lover. When Jade realizes that they both need the same thing to reach their freedom, she must make a choice: gain her freedom or stay in hell so Rajah can be free.