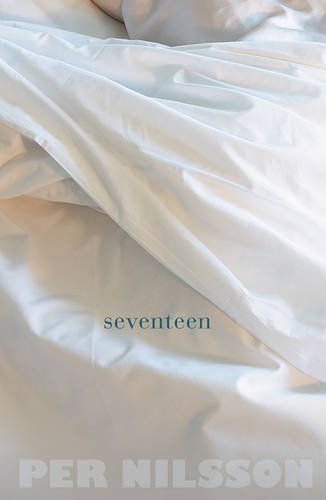 Seventeen
Tara Chace, Per Nilsson
Seventeen-year-old Jonatan ends up in the emergency room, where many secrets are revealed. His dad, sitting with him, starts relating all the things he should have told Jonatan a long time ago: about his own time as a seventeen-year-old hippie in the early 1970s, about how he met the rebellious girl who would become Jonatan's mother, and about the catastrophe that prevented Jonatan from seeing his dad for eleven years. Several other people also have their say, with completely different stories. It all seems to be about Jonatan, about who he is and how he became the person he is. But has he heared anything that has been said, and why is he lying here?
1 Vote

Seventeen by Per Nilsson is about Jonatan, a seventeen year old boy who is lying in the hospital. When his absentee father, Goran, comes to his bedside Goran decides that, although his son may not be able to hear him, it is the perfect time to tell Jonatan about his life and why he hasn't been there for the past eleven years. During the story Jon also hears his mother Karin's side of the story and his girlfriend's point of view. The story will not be about what you expect.