Secrets of a South Beach Princess 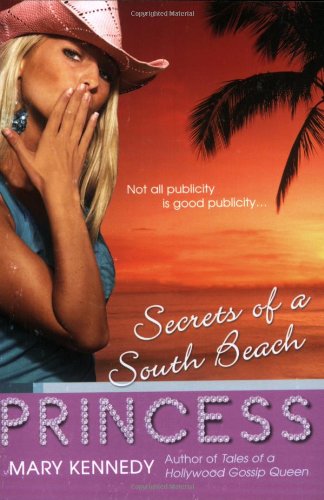 Tweet
Secrets of a South Beach Princess review by PS

Amber Fielding is a local celebrity-her father owns one of the most popular hotels in South Beach and she's an up and coming model. Her life seems perfect, but underneath that facade, Amber has a lot to deal with. First, there's Nick, a guy who she's just hit it off with, but he seems to be flirting with her best friends as well as her. Then, her best friend Zia ends up in the hospital and she gets all the blame. Then, to make things even more complicated, the Changelings, a popular band ends up checking into the hotel a month earlier than they were expected.

What's this?
Secrets of a South Beach Princess review by JPear

Amber Fielding is a hotel heiress who is called by one newspaper Miami's newest "it" girl. She's got it all--who wouldn't want to be Amber? Her life seems even more unrealistically fabulous when she meets Nick Crawford, a gorgeous film student who's staying in the Fielding hotel for the summer with his former movie-star mother, Ellen Crawford. Of course, not everything is always what it seems. Even Amber's seemingly perfect life isn't all that.