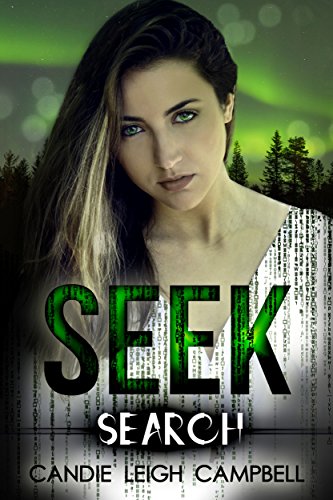 "The 5th Wave" meets "The Host" in an epic new saga, SEEK.“An intriguing read that any pre-teen or teen will enjoy!”—LitPickOut of seven billion people, there’s only one thing we all have in common. We search for what eludes us. We evade what causes us sorrow. We extract what doesn’t suit our needs. And we kill to get what we want. WE SEEK. In the time it takes you to read this, two lives will be revoked and one spared. Some call it divine intervention, others say natural selection decides, but no one really knows for sure. EXCEPT ME. My name is Keira, and this is how I saved you.Keira Donavan joins a secret government agency called SEEK to get her sister, Lindy, an illegal operation (a genetically created spinal cord transplant). The surgery promises to repair Lindy’s legs after a car accident, which Keira feels responsible for, leaves her paralyzed. At SEEK, Keira is a trained huntress who tracks and kills parasitic shadows in the Daniel Boone National Forest. She's told the shadows—the "Khayal"—are evil parasites which prey on humans. But things get weird after she finds herself injured and alone in the woods. Once rescued, everything changes including her eye-color and her job. SEEK gives her a human target—a handsome nineteen-year-old millionaire—Jonathan Steed. Now she has two choices if she's going to succeed in getting Lindy that operation, seduce Jonathan and convince him to join SEEK...or kill him.But nothing goes according to plan when she finds herself staring into eyes the same radioactive green as hers. Jonathan swears SEEK's been lying to her, but it isn’t until Keira comes face-to-face with a true Khayal that her world crashes down—one lie at a time—until she's forced to see the truth. Khayal are good and SEEK wants her dead. But running isn’t that simple. SEEK has her sister and her family.Again Keira must choose, save her sister and her family or save the Khayal. And falling in love with Jonathan isn't helping.LitPick Top Choice Book Review Award **Mild Language
2 Votes

SEEK is a government operated program that Keira joined to help save her sister. She is a huntress, trained to kill Khayal, mythical creatures she’s told are evil. When she gets sent on a special meeting to kill Jonathan Steed, a rich nineteen-year-old, she learns the truth about Khayal. She flees the country with Jonathan to get away from SEEK and learn more about Khayal. There, she meets Paul and his group of teenagers with the plan to save all of the Khayal. She must make the decision to go back to her sister or join Paul's group and Johnathan. Which love will win?