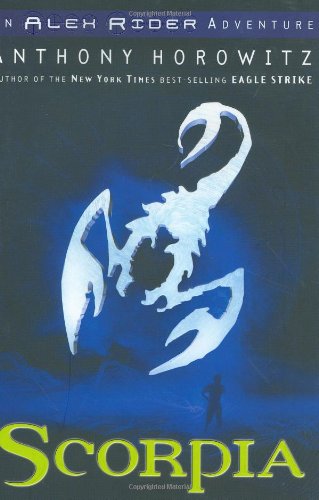 Scorpia
Anthony Horowitz
Alex Rider, the spitting image of his father in so many ways, is about to find out just how closely he is his father's son. When Alex learns that his father was an assassin for Scorpia, the most powerful terrorist organization going, his world shatters. Now Scorpia wants Alex on their side, and Alex wages a war of conscience he no longer has the will to win. Until, that is, he learns of Scorpia's latest plot: an operation known only as "Invisible Sword" that will result in the death of thousands of people. Unless he can stop it first . . . . With a cliffhanger you'll want to read twice, Scorpia is the most intense thriller yet from bestselling author Anthony Horowitz.
1 Vote

In the previous book, Alex Rider, a teenage spy working for MI6, meets Yassen Gregorivich, a hired killer, who says to Alex that he knew his father and he should go to Venice and find Scorpia- it was his destiny. Alex travels to Venice, to find the truth about his parents, who died when he was just a baby. He finds out that his father was an assasin employed by a major criminal, known as Scorpia. Scorpia recruit Alex as an assasin for them, but he still does not know the truth about his parents.