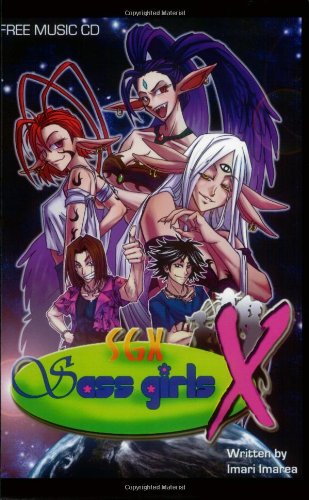 Sass Girls X
Imari Imarea
Steve Bogard and Sho Yohance are two really messed up dudes. Even their families don't want them and they can't get women even if their lives depended on it. They finally land jobs as detectives for the LAPD whose reputation is so tarnished that it has to take almost anything that can walk on two feet. Things heat up in this zany action-filled sci-fi comedy when they hit it off with hot bodacious babes with knockers that defy gravity. The problem is these gorgeous chicks are aliens from outer space -- and they turn into real monsters when they get mad or aroused -- but then, don't all women. What's worse, the chicks' father, an old-school villain, wants to, you guessed it, take over the world. Steve and Sho are caught in the middle -- save the world and keep the babes.
1 Vote

If you like to read books about alien babes and dumb dudes, then you will love Sass Girls. One day while Sho and Steve are guarding the museum, Sho accidentally knocks over one of the sculptures on display. Steve decides that they should try to put it back together with glue. Sho goes to look for the glue in the janitor's closet which is on the floor below. However, after retrieving the glue instead of going back upstairs, he accidentally pushes the down button which leads to the basement. When he arrives, he sees a hole in the wall ahead of him.