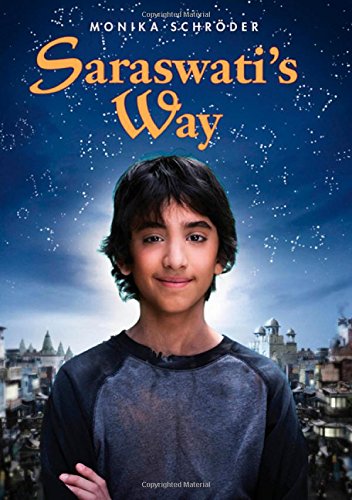 Saraswati's Way
Monika Schröder
If the gods wanted Akash to have an education, he is told, they would give him one. But Akash has spent his entire twelve years poor and hungry. So he decides to take control of his own life and try for a scholarship to the city school where he can pursue his beloved math. But will challenging destiny prove to be more than he has bargained for? In this raw and powerful novel, fate and self-determination come together in unexpected ways, offering an unsentimental look at the realities of India.Saraswati's Way is a 2011 Bank Street - Best Children's Book of the Year.
1 Vote

A young boy named Akash loses his Bapu (father). Then, Akash's Daddima (grandmother, father's side) orders him to go work for the land owner to pay off his family's debts, but Akash realizes that the amount of work he does is unimportant, because he will never be able to earn enough money. Akash escapes to Delphi to seek an education. There, he learns to live as an orphan at the train station. Through a series of lucky events, Akash finds that soon, he will be living out his dream- attending a city boy's school.