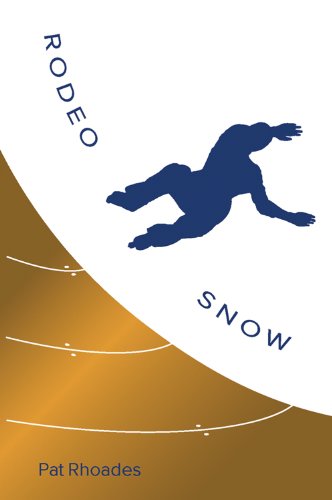 Rodeo Snow
Pat Rhoades
The only thing not ordinary about fifteen-year-old Eugene “Gene” Snow is his nerd name―he’s named after a peacenik politician his pathetically earnest parents admired. When some street skaters nickname him Rodeo, he’s happy to take on that new, totally cool identity. If only he could win the citywide street skate competition, everyone would see him as who he was born to be: Rodeo Snow, street skater. As Gene tries to nail the skate competition and get the girl who happens to be his main competitor, he discovers that winning is something other than what he thought and maybe he’s less ordinary than he ever imagined.
1 Vote

Rodeo Snow is a relatable and well-written book. Eugene Snow is a normal teenager who wants two things: to get his driver's license and to win the skating competition. The latter of which he feels pretty confident about because of his $300 skates. While pursuing these goals, he meets a girl, Corinne, and adds winning her heart to his list of priorities. Eugene has never loved his name. His parents named him after some peacenik presidential candidate from a few years back.