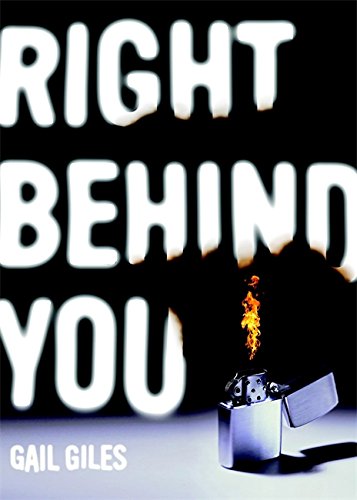 Right Behind You
Gail Giles
When he was nine, Kip set another child on fire. Now, after years in a juvenile ward, he is ready for a fresh start. But the ghosts of his past soon demand justice, and he must reveal his painful secret. How can Kip tell anyone that he really is--or was--a murderer?
1 Vote

Right Behind You, by Gail Giles, is a book about a kid named Kip McFarland. When he was only nine years old he set Bobby Clarke on fire. Bobby was Kip's neighbor, and it was his birthday so Bobby went over to brag about his new baseball glove. Instead, he started to brag about how he had a mom and Kip didn't. When Kip was little his mom got very sick and died. So, instead of just getting pleasure laughing at Kip, Bobby set him on fire. Three days later Bobby died in the hospital. Kip was sent to a mental hospital, where he stayed for four years.