The Revelation of Gabriel Adam 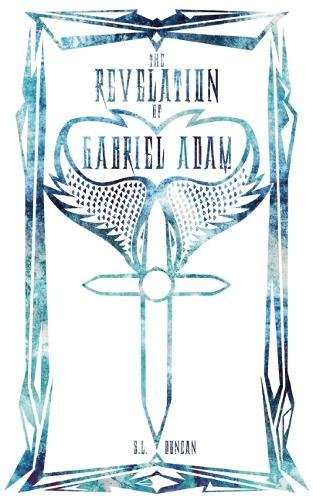 The Revelation of Gabriel Adam
S.L. Duncan
Seventeen-year-old Gabriel Adam is used to relocating a lot. When a mysterious assassin burns his home to the ground, Gabriel’s father reveals the truth of why they are always on the move: Gabriel is one of four archangels, born human and sent to stop Armageddon. Now Gabe must set aside dreams of attending NYU to try to fulfill his newly discovered role.Racing against time, Gabe and his father travel to the English university town of Durham, hoping the last surviving member of an ancient religious sect can guide them. With the assassin in pursuit, Gabe must shoulder the weight of his new life and an impossible destiny as protector of the entire human race.
2 Votes

Tweet
The Revelation of Gabriel Adam review by nowhereman

Gabriel Adam is like any normal teenager. The only thing different about him is that he moves around a lot. That is until he is told that he is an angel that has to save the world. Gabriel then is launched into this battle between good and evil to save the world. Along the way he meets challenges and people that will test him to his limits. Do you want to follow Gabriel in his thrill ride battle against evil?

What's this?
The Revelation of Gabriel Adam review by McTower

Gabriel Adam is like any normal teen who moves around frequently. One day, he finds out he is being stalked and learns that he is an angel who must protect & save the world with another teen angel. There's just a few problems: She's a girl. He has a crush on her. When there is a break-in at their school, they have to go to war early, for the world is in terrible danger.