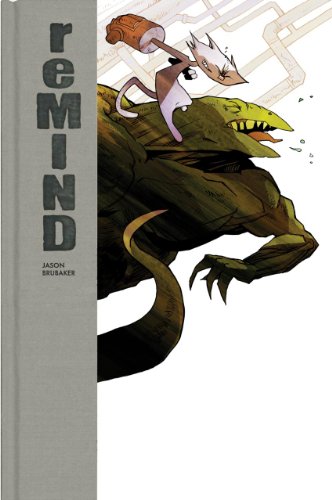 Remind
Jason Brubaker
The search for the truth about his mysterious transformation has led Victuals back home, where he finds his old body inhabited by King Erzatz of the Lizard men, now bent on making any sacrifice necessary to cheat mortality - including his own daughter Princess Cyrene. But an even greater and more ancient danger lurks still deeper beneath them, one whose rise could spell the doom of their underwater world. Victuals must face his King, Cyrene must face the Invisible, and both Human and Lizard man must face the strange destiny that has been brewing in the waters below Cripple Peaks.
1 Vote

After Victuals returns home, he discovers that his old body is being inhabited by King Erzatz of the lizardmen, who is willing to sacrifice anything for the sake of immortality - including his own daughter, Princess Cyrene. Victuals discovers that the new body he was given has a time limit, it has already begun to reject his brain, and as his time dwindles, he desperately tries to face the King. But there is an even greater evil  that lurks beneath them, threatening their entire underwater world.