The Queen of Second Place 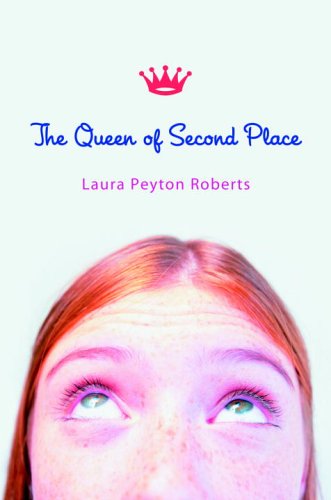 The Queen of Second Place
Laura Peyton Roberts
No matter how hard she tries, Cassie is always second best—in school, in life, and especially in love. And lately, Sterling Carter is always one pedicured step ahead of her. Cassie is used to it. Mostly. The problem is, right now she and Sterling both want Kevin Matthews. He’s only the hottest new student ever to grace their high school halls. And for the record, Cassie saw him first. But, naturally, Sterling wants him. So Cassie might as well just give up now.Except who says Cassie can’t have an equal chance too? Just because she’s been in second place all her life doesn’t mean things can’t change. . . .
1 Vote

Tweet
The Queen of Second Place review by MAs

Sophomore Cassie Howard is used to being second place. She has been her whole life. When Cassie meets Kevin Matthews, the new boy, in her sophomore Honors English class, she vows that she will come in first this time. But when her school nemesis, Sterling Carter, decides to move in on her crush first, Cassie decides to take action. Cheating on school assignments, taking her father's car without permission, and betraying her friends all to try and win the attention of Kevin. Sterling, a.k.a.