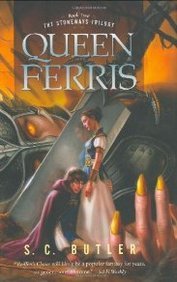 Months after Reiffen was saved from the clutches of the three Wizards, he returns to them. But this time he does it of his own free will, so that he can try and outsmart the Wizards. However, as Reiffen learns more magic, he is forced to do terrible things. When evidence of his deeds emerge, Reiffen's best friends, Avender and Ferris, begin to wonder if the Wizards have "turned" him. As the countries are destroyed by war with the Wizards, Avender is forced to choose his loyalty.